This post was originally posted on an old personal blog that has since been deleted. I’ve always been an active reader and this is a hobby/discipline that I love to track to make sure that I am still growing and pushing myself. Here is my reading list from 2015. Early next month I’ll be sharing my 2016 list and finally, in late December I’ll share my full reading list from 2017!

Falling in Love with Reading

For as long as I can remember, I’ve loved to read.

When I was little, I negotiated a deal with my mom: for every 100 pages read, she would give me a dollar. Within a month I had earned myself 30 bucks, which was a fortune to a kid in elementary school. The money was nice, but I loved placing myself in the story, almost becoming a part of it. Ever since I can remember I have always loved to read, a love my parents helped feed.

My favorite series growing up was the Harry Potter books. I still remember nights sitting on the couch with my older sister begging my dad to read us “just one more” chapter from Harry Potter. He read books 1-4 to us aloud, huddled up on our couch at home. Those nights are still some of my most treasured memories.

Once we got a bit older, every time JK Rowling released a new book it would always spark some household chaos. My mom would buy one copy of the book, so my sister and I had to carefully plan a reading schedule where we would alternate taking 3 hour shifts reading the newest book.

There were days where I would set my alarm early just so I could grab the book from outside her door in the morning and immerse myself in the magical world of Hogwarts before having to get ready for school.

What I love more than anything is sitting down with a cup of coffee and reading through a great fiction book, cover to cover. But for many of these, I tried to take time to read them slowly, digesting them, and finding ways to apply them to my life. 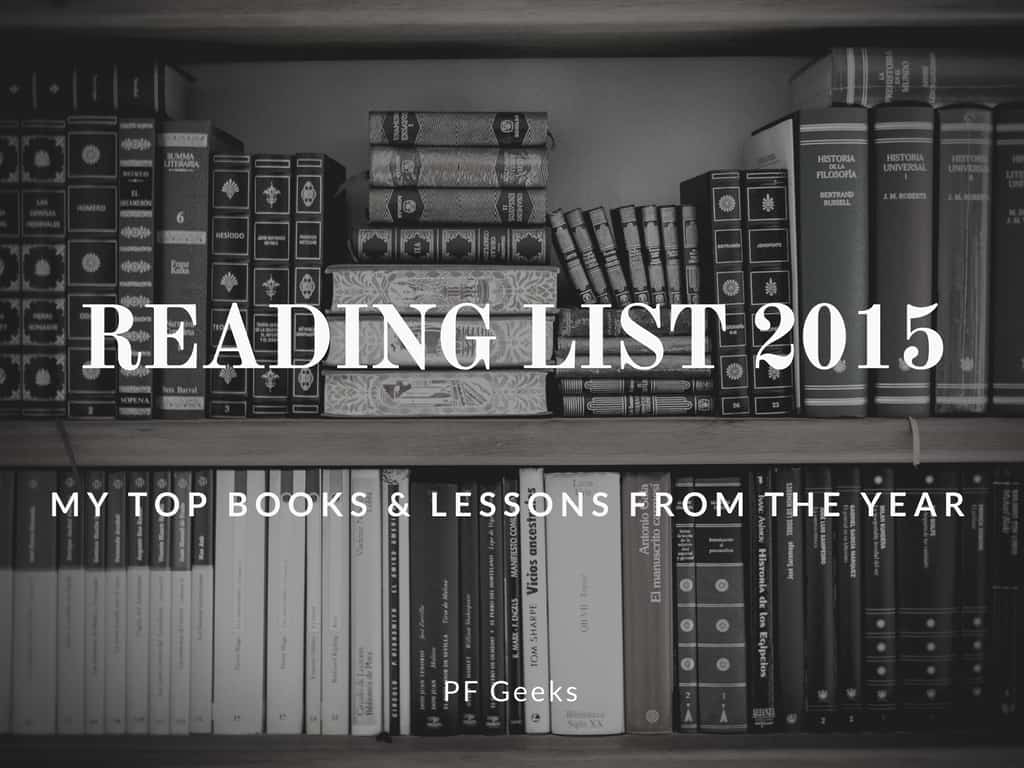 In “Good to Great”, Jim Collins shared an incredibly insightful lesson that he named “The Hedgehog Theory.”

Collins and his team of researchers discovered that the “Good to Great” companies had strategies that were founded on a deep understanding of three dimensions, or circles. They were then able to take those strategies and focus all of their effort on making it happen.

“Hedgehogs see what is essential, and ignore the rest.”

What are the three circles? 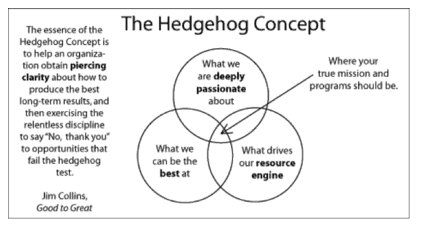 So what does this “Hedgehog Concept” look like in real life?

Have you heard of Burbn?

It was a social network that had an optional photo feature. It started with a handful of users and over $500,000 in funding. The founders realized that its users were only using one part of the app-the photos because of the ability to “filter” them.

The story goes that they sat down for a meeting in which one of the founders recounts like this: “We sat down and said, ‘What are we going to work on next? How are we going to evolve this product into something millions of people will want to use? What is the one thing that makes this product unique and interesting?’”

The social network decided to get rid of everything except for the photo-sharing app. Soon after, Burbn rebranded themselves to become Instagram as we know it today. The result? One hundred thousand users within a week of relaunching. Within eighteen months, the founders sold Instagram to Facebook for $1 billion.

That’s the Hedgehog Concept in action.

9 Quotes from this Year’s Reading

As I write this, it’s near the end of 2016. A year ago when I first typed up this list, I knew that my reading for 2016 would look a bit differently. Seminary was on the horizon, and I had a stack of books built up begging to be read.

If you’re looking for a list of great books to read, check out my Reading List. It’s a running list of the books that have changed my life or deeply impacted the way I think. You can read my 100 word summaries before picking one to buy for yourself!

We are a participant in the Amazon Services LLC Associates Program, an affiliate advertising program designed to provide a means for sites to earn advertising fees by advertising and linking to Amazon.com. Amazon and the Amazon logo are trademarks of Amazon.com, Inc or its affiliates